Now you fellow readers might be wondering what I am talking about today, and I want to tell you Alfa Romeo isn’t a kitchen supply company it is a car manufacturing company. I chose to write this post about Alfa Romeo  instead of Ferrari is because I believe they are the under dog and isn’t getting the recognition they should get.  and they where creating automobiles since 1908 and are still not very well known. Alfa is an abbreviation that stands for Anonima Lombarda Fabbrica Automobili and google translate doesn’t know what it means but I know the bit at the end stands for automobile but the rest I don’t know about.  Alfa Romeo was one of the original grand Prix racers the sign at the top of my blog is a p3 it has the Ferrari logo because they where bought out by Ferrari and then bought by Fiat along with practically every other car company. The only problem with ALFA Romeo is they post a lot of concept cars but they are rarely carried through, but that is my only problem with them other wise there a fabulous car company.

Thank you for reading and checking in on my blog.

I need YOUR HELP. the young entrepreneur fair is coming up and I need to do as many surveys as possible, please take a minute out of your day and help me. thank you.

thank you for doing this survey it helps a lot and your feedback is anonymous and very appreciated if you have any other suggestions please leave them in the comments bellow. 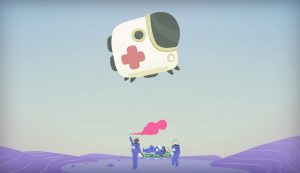 Strangely Dave wasn’t dead as minutes ago he had been bitten by a highly poisonous Galorpin but he would soon be if he doesn’t receive medical treatment. As me and my friend Bill carried Dave up a hill to an evacuation zone nearby. The Galorpin could be anywhere, in any nook and ditch behind him, at Earth literally anywhere because Galorpin have the ability to teleport. the hill climb was long and tiring but it was mandatory to get out of there as quickly as possible now we just needed to round a corner and we would be there. as we raced around the bend we  evacuation point Dave had already gone unconscious. Bill quickly grabbed up a  Suzuki Radio and called for help it took 1 minute for the med ship to arrive but when it did it landed on them because Bill put in the wrong coordinates because he was an unpaid intern with no clue of what he was doing. The pilot of the ship hopped out looked around and saw he squished the evacuees so he hopped in the space ship and sped off. Pretending that never happened.

You might be wondering what I am celebrating. I am celebrating my first out of North America visit which means my blog has gone world wide!  I would like to thank the person from Australia for visiting my blog that was pretty cool so thank you for that and everyone else who has visited my blog. I am sorry I haven’t been posting very often but I am starting today to post more often.

Please keep checking out and commenting on my blog. Thank you.

Comox BC is the best place to live in ( in Canada at least) and there is no denying it.  There are hundreds of reasons why Comox is the best, but I think the reason I believe that Comox is great is because it has a relatively small population of only 15000 so that means it’s rarely crowded and  we never get pile ups on highways. We live in a valley, so we live next to the Beaufort Range, Mount Washington and Forbidden Plateau. Mount Washington is close by and is very nice to ski on. Forbidden Plateau, well, is meant to be haunted, but it’s also awesome to sled down and is easy to access. We also are very close to the Pacific Ocean so we can go swimming or fishing quickly.

We are half way up Vancouver Island so it is easy to travel around the Island. We also have been blessed by having a BC ferries located in our little valley, allowing us to save on gas when we want to head for the mainland, making traveling a breeze. I know you’re probably wondering but if the Comox Valley is so great why would you want to ever leave it?Because sometimes it’s awesome  to travel.

But it does have a few problems: it’s a small town but everything is too spread out making getting around a bit of a hassle. It rains a lot and gets very windy and when it snows it only goes up an inch and that’s on a good snow day. But that is the only problem that comes off my head. So I highly recommend checking this place out.

Thanks, viewers, for reading this post about Comox and please comment and take a look at some of my other posts or my classmates blogs. 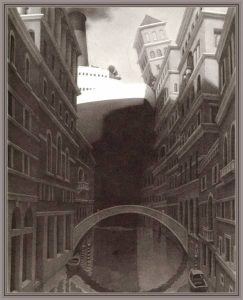 The massive cruise liner was circling around Venice, now. Since, the tide that surround Venice are usually weak. The cruise liner can usually get 100 meters off shore with out a worry in the world. But on that fateful day the tides grabbed the mighty vessel and pulled    it towards one of Venice’s smaller channels. The captain of the ship who’s name was Charles put the boat in reverse. But the reversing cruise liner was still being pulled into the channel, smashing into buildings reeking havoc among those who lived n that channel. Then the tides pulled out of the channel and out to sea to disappear just 1000 feet of shore. Some say it sunk quickly but the only thing we know is its gone and every one on that damned boat is surely dead too.

VR is the future of gaming and I believe it will soon take video game consoles out of business if they cant adapt to a changing market.

In the 1980’s, arcades got put out of business by consoles and everyone moved over to consoles.  but when VR was released to the open market it took the gaming world by storm \.Play station<<< adapted and released PlayStation VR,  Xbox is working on VR, same with lovely old Nintendo. VR is still in its early stages but still it has forced the Gaming market to change so much  but  imagine the technological capabilities in the next 5 years of VR will be insanely good. You remember how I mentioned arcades earlier?  There are now VR arcades popping up around all over the place which I think is really cool!

I mentioned earlier that VR was just starting  well, after digging deeper I found out its actually a thing of the past! In 1993 A console called the Virtual boy was released as a table top mounted VR headset that came with a plug in controller and some 8 bit games. I was able to get a picture of it. 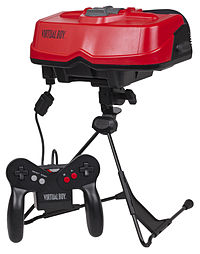 it has a higher price than any other classic console priced at $228.99 used. but Nintendo isn’t making them anymore because, well, their classic consoles. So we have seen VR before but it was just a failed experiment and now it  finally coming full circle. An old console remembered by no one is finally coming full circle. by coming back I mean Oculus VR is searching thru the old parts of the virtual boy and trying to see would it have worked. And they are still working on it so we don’t have any new information on it yet.

Well, that’s the end of this post. If you have heard of the  Virtual boy before or went to one of those VR arcades, leave a comment and I will reply as soon as I can.